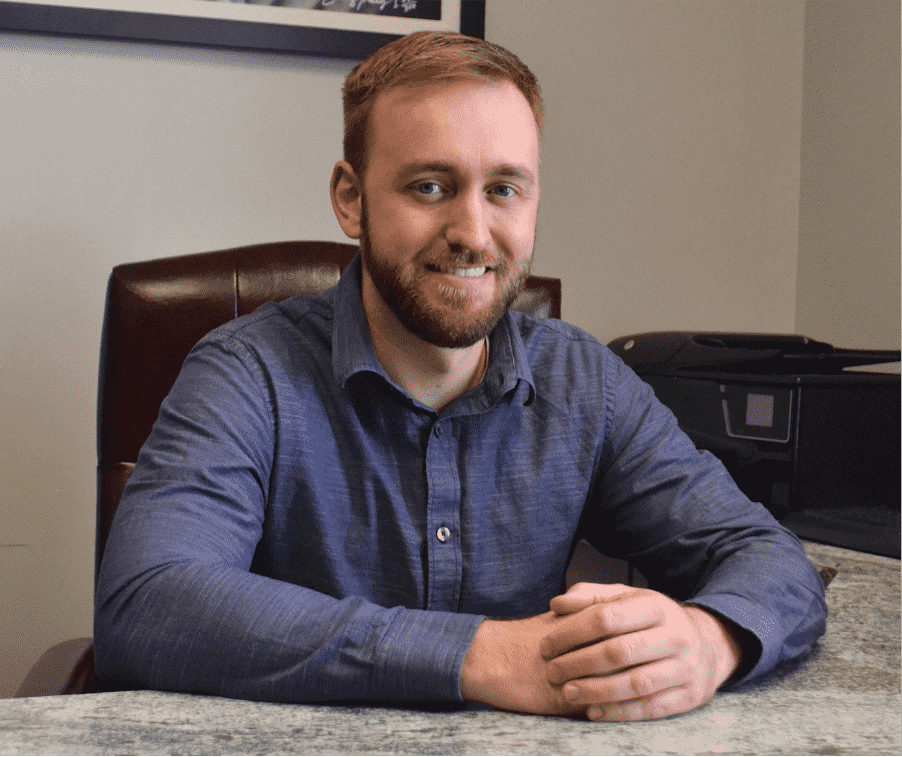 After dental school, Dr. Dan joined his father, Dr. J. Douglas Paulus, in practice. His father started the practice in 1975 at Amherst Shopping Center and moved to 711 Lincoln Way in 1988. They worked together at General Dentistry in Massillon until he retired in 2017.

Dr. Dan strives to provide the same quality of care his father gave for over 40 years. In March of 2020, Dr. Dan and Dr. Doherty moved the practice to its current location and renamed it Stark Family Dental.

Dr. Dan lives in Massillon with his wife Jackie and three sons, James, John, and Danny. He is a member of the American Dental Association, Ohio Dental Association, and Stark County Dental Society. He enjoys time with his family and friends, playing tennis, and attending sporting events. He is an avid Marvel Comics fan, and you may spot him around the office wearing his Iron Man helmet for his younger patients.

Dr. Doherty joined Dr. J. Douglas Paulus in the practice in 2004. That fall, he moved into the role as team dentist for the Massillon Tigers, and continues to make custom mouthguards for the team every preseason.

He is a member of the Massillon Lions Club and the Rotary Club of Massillon. In his free time, he enjoys watching sports, running, anything to do with cars, and Star Wars. He and his wife Jeanna have two children, Felicia and Collin. 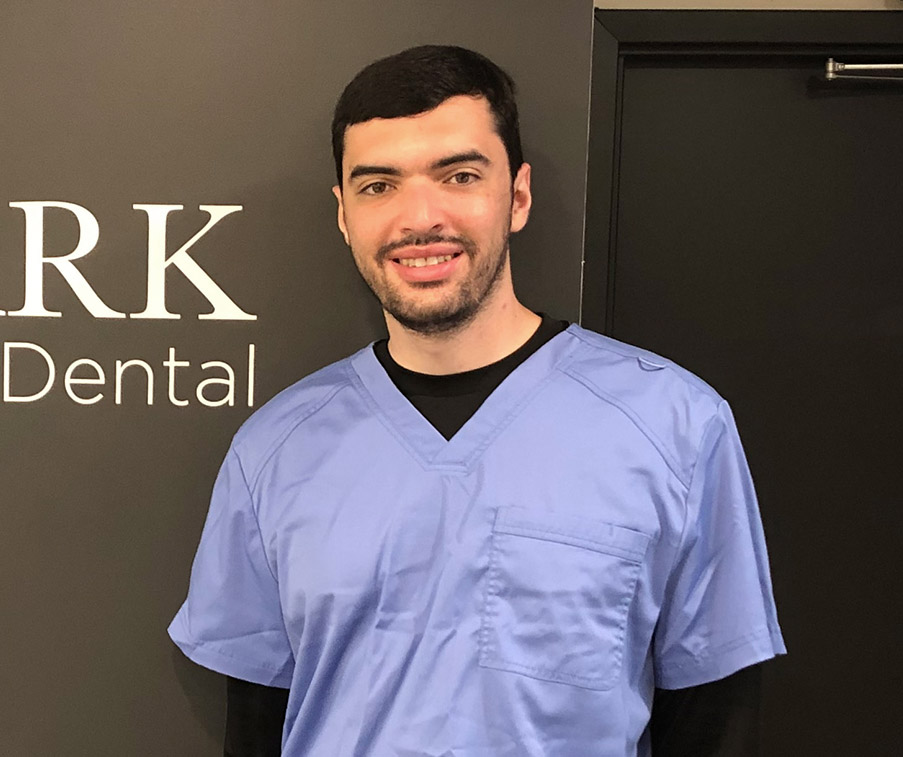 Dr. Justin Modugno was born and raised in North Canton, Ohio. He graduated in 2007 from Hoover High School, and attended The Ohio State University for his undergraduate degree in Biology in 2011, followed by his Doctor of Dental Surgery in 2015.

After graduating, Dr. Mo did his general practice residency at Mercy Medical Center, where he found both his passion for practicing dentistry and teaching the profession. He stayed to run their off site clinic, and he now spends one day a week mentoring the current class of residents.

Dr. Mo resides in Jackson Township with his wife Kelsey and son Teddy. He is a member of the American Dental Association, Ohio Dental Association, and Stark County Dental Society. In his spare time he enjoys being with his family and friends, playing board games, and listening to podcasts.

Your life is busy. We understand! That’s why we offer extended hours, working into the evenings so we can make it convenient for you to come visit us. We’re even open on Fridays and Saturdays! Dental emergency? We’re here for you. Call for a same-day or next day appointment and we will get you in as quickly as possible.

Have you ever been to a practice where you were in and out with no personal interaction? It won’t be like that here. We treat our patients like family and get to know them on an individual level. We care about you, your needs and your wants regarding your care. Our team is friendly, down to earth, and focused on you.

Dental care doesn’t have to be expensive. We know sometimes it may seem that way but with our competitive pricing and in-house discount plans, we’ve made quality care affordable for the whole family. If you’re worried about financing or your budget, come talk to us. We’re here to get you the care you need at a price you can afford.

For over 40 years we’ve been delivering quality dentistry to the community, and we’re proud to keep our name associated with excellence. Drs. Paulus and Doherty are skilled professionals who pay extraordinary attention to detail and deliver each service with a high standard of care. You can trust you will be in expert hands here.

We recognize the importance that comfort plays during your dental visit. Our team works hard to create a dental environment where you feel comfortable and at ease. Feeling anxious? Apart from our gentle touch and caring demeanor, we also offer relieving options to calm nerves during treatment. Your comfort is a priority. Our location is also handicap accessible.

We want you to enjoy excellent oral health for life! In order to make that possible, we provide the right treatments to get you on the path to lasting oral health and most importantly, the education needed as well. All details regarding your care will be explained in an easy-to-understand manner, and you will be armed with the knowledge to maintain your health for years to come.

Learn more about the treatments we offer.